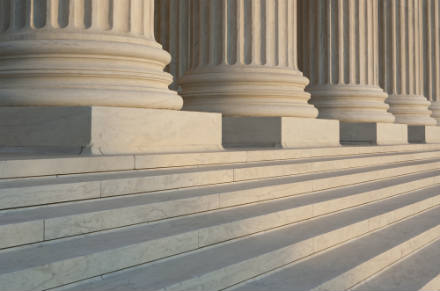 I wrote another post today, about new mortgage disclosures, and it reminded me that I haven't posted this decision yet.

It's a good one, and when I read it, it supported the shift I noticed in sentiment toward homeowners/consumers, finally.

By the way: If you're interested in learning to audit loans, come to Phoenix for my three day class with certification! Get the details here!

I mentioned in the post on the new disclosures that we don't yet know how the case law will shake out on the new mortgage rules.

I may write a future post about the importance of case law, because a lot of laypersons simply don't understand case law or how it works.

It comes down to this: courts interpret legislative or executive branch law. A recent example would be the lawsuits over the Affordable Care Act. Essentially, this was pushed through using a budget reconciliation because it only requires 51 Senators to vote for the bill and send it to the President for signature. He signed it, and the law was promptly challenged in court. On June 28, 2012, the United States Supreme Court upheld the major provisions of the ACA.

Today I'm talking about another example as it relates to foreclosures and lending. The case is called Jesinowski v. Countrywide Lending and it relates to the right to rescind mortgage transactions under the Truth in Lending Act ("TILA").

The statute as written allows a borrower to rescind any residential mortgage transaction until three days after the lender provides the disclosures that TILA requires.

If the lender provides the disclosures at the closing, the right to rescind ends three days later.

If the lender doesn’t provide the disclosures, the rescission period may continue for three years after the closing of the transaction. At that time, the right to rescind ends.

The question before the Court was what steps the borrower has to take to rescind within the three years. The lender argued that the borrower hasn’t rescinded unless it actually initiates litigation.

The Court disagreed. The Court held that the TILA statute “leaves no doubt that rescission is effected” by the borrower’s notice and that the borrower does not also need to sue within the three years.

The Court held that the rest of the lender's arguments were pointless because of the statute's language.

Here is the written opinion of SCOTUS:

By Christine Springer If you’ve been following my blog(s) for awhile now, you know how important blogging has become for sharing information about the things you care about. I have personally struggled in the past several years with maintaining an online blogging

By Christine Springer In an earlier post, I told you the story about how I became a loan auditor. What exactly is a loan audit? I don't think the term "loan audit" is really a good description of what I do, but