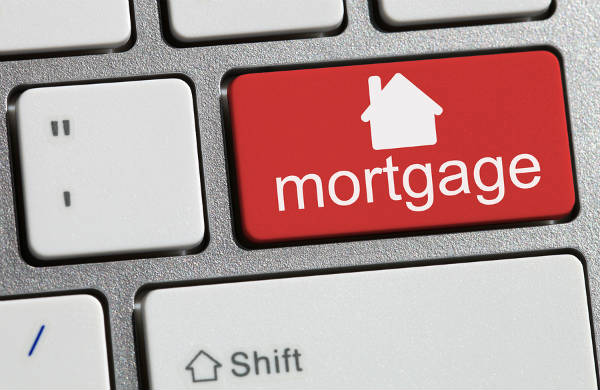 I talked at length on Foreclosure Industry News (now defunct) about my own journey through foreclosure hell. I certainly had my fair share of nightmares. I wrote about the healing process in the post called Healing from Foreclosure Turmoil.

In a nutshell, by 2009 it was obvious to me that the condo that I had purchased in 2007 was significantly underwater. I purchased it for $197k, and it's probably never recovered that value.

I filed for Chapter 7 bankruptcy in 2009 and received a discharge in 2010. However, the lender, which was initially Countrywide, did not foreclose during the pendency of the bankruptcy proceedings. As such, I was given a discharge of debt, but the title to the property remained in my name.

I had moved out of the property and rented elsewhere, and by the end of 2010, the bank still had not bothered to foreclose.

However, the HOA was threatening to sue me. They were a mess too, with the wrong amounts owed and their ignorance of the bankruptcy discharge, but I was able to negotiate a repayment plan that made them happy.

So, I moved back in the day after Christmas in 2010. Of course, six months later, in July, a real estate agent knocked on the door and told me that the property had been sold.

The documents were full of issues, which I won't go into here, except to say that I filed a lawsuit against BOA and lost for various reasons. None of that mattered, though, because during that time, homeowners weren't getting justice in the courts. It wouldn't have mattered what I said or did in the pleadings, I was going to lose regardless.

However, once I lost the lawsuit, BOA still did not bother to kick me out, and by that time I was keen on avoiding being evicted. This was a stressful time -- if you went through this, you know how it is. People knocking on the door, strange people around that don't belong there, people taking pictures, and real estate agents claiming they have the property listed.

I was ready to move a long time before I actually got to move. I was looking at houses but none of them had what I was looking for, and many weren't in my price range, either.

In late 2012, I was contacted by the real estate agent who was marketing the property, and negotiated a sweet Cash for Keys offer. She also told me that I wouldn't be sued for eviction because I was "cooperating."

I was feeling at peace after signing the agreement, until a few days later. I came home and there was an Eviction Summons lying on the patio of the property.

I looked at the Summons and started doing my legal research. I was certain that the laws required personal service in eviction matters, and I was correct.

As a paralegal who has worked with a lot of talented legal professionals, I was shocked at what happened in the Justice Courts. My understanding is that the judges are not lawyers, so if you want to make a legal argument and aren't an attorney, don't expect them to understand you. I think, based on my experience, they just follow whatever the lawyer says, since lawyers are considered officers of the Court.

I went to my preliminary hearing in which a short, gray haired, extremely unprofessional judge told me at least twice to shut up as I was attempting to follow the law and stick to my limited jurisdictional argument. You have to be careful when you show up to content jurisdiction because if you argue too much you can waive that defense.

I came back in a couple of days for the trial and despite having case law and telling the court plainly why it was wrong, they ruled against me anyway.

The appeal could have been avoided if opposing counsel had been familiar with the law on evictions, but he was not. I'll tell you more about that in a later post.

I warned him in the hallway prior to the trial that he should dismiss the case because they did not serve me in accordance with the laws. He knew that the Court was going to rule in his favor regardless, and since no one ever fights this hard, he didn't think he had anything to lose by proceeding.

If you've followed my blog for any length of time, you know that I'm not wired to give up. I decided to file an appeal since I already knew the Court was wrong on the law.

The appeal timeline in eviction court is VERY short, just five days. My trial was on a Thursday and I went back on Monday and filed the Notice of Appeal.

If you're not familiar with how an appeal works, generally you file the Notice of Appeal, pay an Appeal fee, and pay a bond to the court.

I had to post a $250 bond, even though I wasn't asking for a stay of the eviction. Opposing counsel was at least ethical enough to follow the move out date on the Cash for Keys agreement, so we weren't in any immediate danger of being thrown out.

The trial proceedings are recorded, and you have to wait for the court to download the audio of the trial and then have it transcribed by a professional Court Reporter, which cost about $200.

Then, you must file an Appeal Brief and tell the higher court why you are appealing and cite the case law that shows why the decision should be overturned.

And that brings me to an important point: why I decided to appeal.

There were a couple of reasons: first, I'd already gone to the extent of filing a bankruptcy to keep any old issues from coming back after the recession was over. I wanted all those loose ends tied up, because I knew the economy would eventually recover, and by that time the BK would be close to being a non-issue.

Second, I didn't get a fair shot at fighting with BOA over the property in court on the basis of the documents. I didn't think I had much to lose by appealing because the jurisdictional issues are a basic, fundamental right under Constitution of the United States. I couldn't imagine a court, even in Arizona, saying that serving someone properly was not important!

Third, I was hoping for a recent precedent in which a Defendant fought back in an eviction action. I think that generally if people are being evicted, it's because they have no money and an appeal is out of the question.

It was pretty obvious to me that appeals in evictions were very unusual. The Clerk at the Justice Court didn't know how to process the appeal paperwork!

In my next post, I'll share the transcript of the trial so you can see for yourself what happened. There is a lot more to this story that makes it pretty interesting, so I hope you'll read Part 2 and Part 3 to get the whole story!

Christine Springer is not an attorney and this is not intended to be legal advice.

By Christine Springer This is Part 2 of How I Fought an Eviction and Won on Appeal. I posted Part 1 here, and you may want to read it first. In this post, I am sharing the Transcript of Proceedings from my eviction trial.

By Christine Springer Today, I'm talking about Sam Sanchez and his $100,000 principal reduction. I met Sam Sanchez when I went to buy a car. While we were waiting for an answer from the finance department, we talked about my work. He then